Hi, thanks for visiting my site. This is the ‘Who am I’ page.

The English, particularly the white males of the species, usually define themselves by what they do, their occupation, rather than who they are. I prefer the latter, possibly in part because accountants don’t have the best PR – we’re considered boring – but mainly because who we are is far more interesting. So, this is who I am (with a little bit of what I did thrown in). 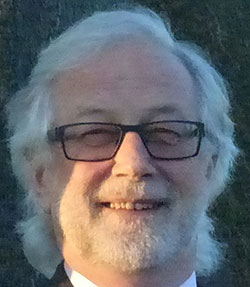 Itinerant one-time chartered accountant (I was defrocked (de-pin-striped?) for refusing to go on paying my subscription to the Institute of Chartered Accountants after I reached 65 – when I did so they asked me to return the certificate they had given me in 1964 – says it all about accountants really) I have opinions on stuff. I’ve lived in Denmark, East Africa, the Gulf (Arabian/Persian, not Texan) and the Caribbean with shorter stints in Eastern Europe and various rather nice small islands.

I was born English but am of course very much European: I revel in all that makes me so, the shared values, the richness of our European culture and the ease of communication between us – I have had more meaningful conversations with Albanians, whose language I don’t speak, than I ever could with someone from the mid-West of the United States, whose language I do.

I believe strongly in human rights: without respecting the rights of every individual why on earth are we here? (Or why are we here on earth?) I was at a seminar on statelessness last year (at the UN in Geneva, since you ask) where a delegate from Kenya said, of stateless people, “most of them leave this earth with no evidence that they ever existed”, and I don’t understand those who think that isn’t something that needs addressing. I am on the Council of Minority Rights Group (www.minorityrights.org), a very effective organisation which champions the human rights of minorities. I care about the environment and have been for many years on the Council of The UK Overseas Territories Conservation Forum (www.ukotcf.org), an umbrella body of the environmental and conservation organisations in the remaining British Overseas Territories.

I was born into a family who always had an international outlook, an interest in people and a feeling for the cultural side of life. William Foyle, one of the greatest booksellers, and book collectors, of the twentieth century, was my maternal grandfather: my paternal grandparents were vaudeville performers at the turn of the twentieth century. I inherited a passion for books and my life was largely shaped by the books I read as a child, which gave me a desire to see as much of this wonderful world of ours as I could. My early travels lead me to Kenya, and I have a deep and abiding affection for East Africa where I spent the very formative years from my mid-twenties to my mid-thirties. I love its people, its climate, its wonderfully varied countryside and its breathtakingly wide ecology. Later travels took me to the Arab world, the Caribbean and various countries in Eastern Europe, all of which I found fascinating and all of which have enriched my life.

And I love food: reading about it, shopping for it, cooking it and eating it.

As for the ‘what I do’ bit (actually largely now ‘what I did’ – I’m knocking on a bit), more or less chronologically: auditing in London and Copenhagen, tourism stuff in Kenya, house building in Portugal, financial consultancy in the UK and the Gulf, Executive Director of an investment bank in Bahrain, Director of Tourism and Superintendent of Offshore Finance in the Turks and Caicos Islands, commercial advisor to the government of St. Helena and Vice Chairman of my family business, Foyles bookshop.  And of course there’ve been other bits and pieces along the way. I know, I know, I sometimes wonder why too.

I still retain an involvement in the book-trade, sitting on the board of the Booksellers Association and chairing one of its subsidiaries www.Batch.co.uk and I have minor involvements in one or two literary festivals but am otherwise more or less retired.