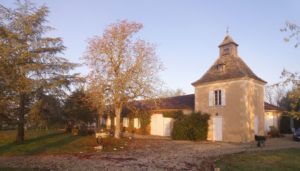 Today marks the end of the 10th week since we arrived at Le Plan in Gascony for our usual three-week summer visit. Due to circumstances outside our control we have been unable to return home and for the first time have been able to enjoy some of the seasonal changes. High summer has gradually faded into autumn, the beautiful avenue of plane trees lining the road to Condom along which we drive several times a week, lime green when we arrived, is now amber. The big old fig tree by the pool, fully twenty-five metres around, heavy with fruit in summer, has now shed its leaves and only the gnarled old skeleton remains.

Being away from home and my usual routine time sometimes hangs heavy and I force myself to go on longish walks, sticking mainly to the minor roads – foot paths do not seem to be a feature in rural France. I will either do one of several circuits, ranging from 4 to 8 km, or Vivienne will drop me a few kilometres away and I walk back. It is impossible not to feel at peace when walking in this countryside; the fields where the sunflowers of summer were harvested some weeks ago are showing the first green flush of winter wheat and there are always birds of prey, buzzards, hawks and the occasional eagle, cruising on their constant search for small victims. At this time of year the well-maintained ditches are all running with water and as I walk there is the regular splish of frogs diving for cover. I am always alone; I have so far not met another person and this is such a sparsely populated region that, in the course of an hour or so walking I have never seen more than half a dozen vehicles, as many tractors as cars. 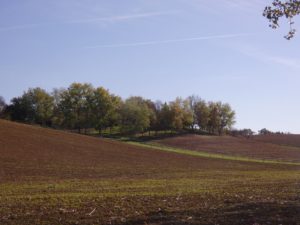 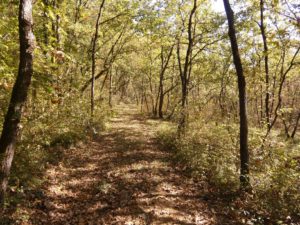 Otherwise I pass the time reading, writing and of course cooking. It is wonderful to have access to such great ingredients; it is noticeable that the supermarkets in France are far more seasonable in their offerings. When we arrived in late August stone fruit, peaches or plums and nectarines, were plentiful: now they cannot be found. Most of the world considers that the production of foie gras is cruel and inhumane; here in Gascony it is a significant part of the food offering. Even pizzas and burgers are topped off with a slice of it.

Sadly in the whole 10 week period I have not managed to visit a single market, usually something I do here at least twice a week. Initially I deliberately avoided them because of the Covid situation, then the ‘circumstances outside our control’ made it difficult to fit in a market visit and now, as of yesterday, the nation has gone into lockdown and all markets are closed for at least a month, by the end of which we will, hopefully, be back home in the UK.

Other family members have been here with us time to time but now they have all left and it is just Vivienne and me and of course the resident mice. This is a large, rambling, 150 year old house deep in agricultural country where mice are inevitable; they don’t worry me – being fairly deaf I don’t hear them in the wardrobe in our bedroom – but Vivienne hates them. I decided to try to discourage them by setting, in the kitchen, a trap baited with cheese. When I checked on the first morning the cheese had gone and the trap remained unsprung. After a week the score was Mice 6, Bill zero, so I have reluctantly accepted that the mice will always outsmart me. 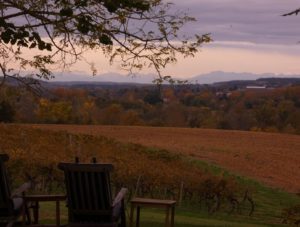 With the cooler air of autumn the Pyrenees,  a hundred kilometres to the south of us, are more often visible particularly in the crispness of morning after the autumnal night mists have dispersed. Yesterday afternoon the temperature was 20°, the sky was cloudless blue, the mountains clearly visible and I sat in the garden for a couple of hours reading. If I were to choose a favourite place to be in voluntarily confined Le Plan would be high on the list.